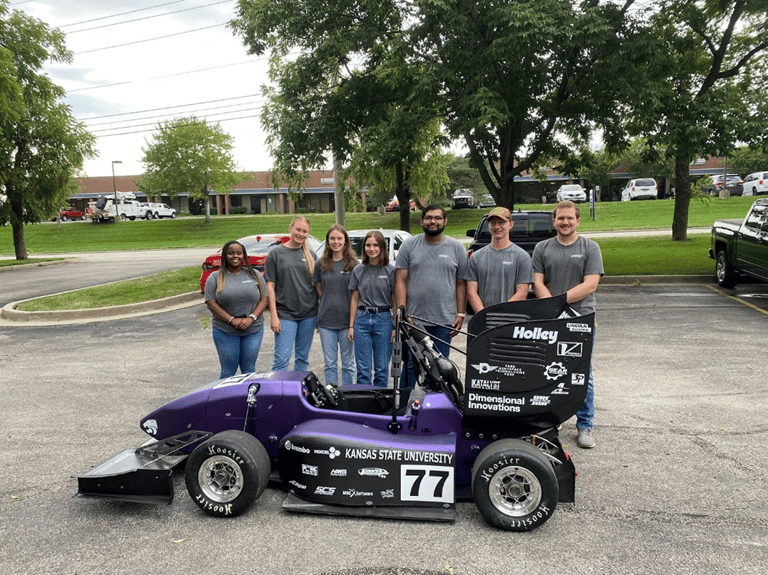 At Aeromotive, we believe in the power of the next generation. That’s why we sponsor the Kansas State University PowerCat Motorsports Formula SAE team.

Formula SAE is a student design competition organized by SAE International (The Society of Automotive Engineers), where students from around the world compete to design and manufacture the best-performing race cars.

The concept behind Formula SAE is that a fictional manufacturing company has contracted a design team to develop a small Formula-style race car. The prototype race car is to be evaluated for its potential as a production item. Each student team designs, builds and tests a prototype based on a series of rules whose purpose is both to ensure onsite event operations and promote clever problem solving,” A spokesperson at SAE International said.

Engine regulations for the series restrict entrants from using engines larger than 710 cc and four cylinders with no weight restrictions. Entrants are judged in the static categories of design, cost, manufacturing, presentation and the dynamic categories of acceleration, skid pad, autocross, fuel economy, and endurance.

The KSU PowerCat Motorsports SAE team performed admirably, placing fourth overall in acceleration, 14th in autocross, 23rd in the skid pad event and posted the fastest endurance lap of 2:24.435. Though they mentioned there were some issues, they were still proud of their season closer.

The team visited the Aeromotive offices for a facilities tour and a question-and-answer session with some of our engineers. We are proud to support the future of automotive engineers and our home-state university of Kansas State! And we can’t wait to see what they come up with for year 2023.